IMPLICATIONS OF NON-COMPLIANCE BY PRIVATE COMPANY 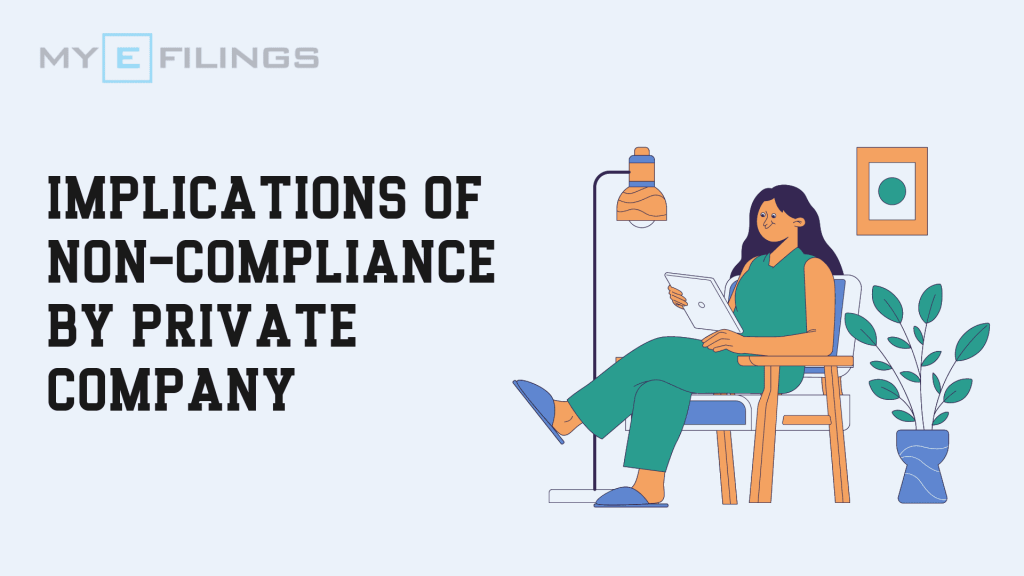 Every company incorporated under the Companies Act 2013 needs to oblige with all the laws, rules and regulations enacted thereunder. Compliance is an on-going process and the responsibility of which is cast upon the top management of the company.

Compliance requirement though cumbersome comes with benefits such as:

It is a shield to deter fraudsters and scammers from making wrongful gains at the cost of genuine stakeholder’s and investor’s interest.

Thus, the cost of compliance and monetary fines is increasing to become more stringent.

Penalties for non-compliance depend upon the nature of contravention/offense.

Under the Companies Act 2013, offences can be classified as under:

These cover offences punishable with:

Cognizable offences are offences where an arrest is made without warrant.

Non cognizable offences are offences where an arrest cannot be made without warrant.

Certain offences are bailable and others require mandatory judicial custody.

‘To compound’ means to settle a matter by monetary payment in lieu of other punishment.

The Companies Act, 2013 has given the authority of compounding of offences to the Regional Director and the National Company Law Tribunal as the case may be.

Once an offence is compounded, the company and its officers in default cannot be held liable for prosecution with respect to the same violation.

PENALTIES UNDER THE COMPANIES ACT, 2013:

The following table lists out penal provisions for contravention of certain mandatory compliances by a private limited company:

In addition to the above, Section 164 (2) provides that the director of any company which has not filed financial statements or annual returns for a continuous period of 3 financial years will be disqualified as a director and cannot act in such capacity not just on behalf of the defaulting company but also for every other company on the board of which such person serves as a director for a period of next 5 years.

Beginning from September 2017, the Ministry of Corporate Affairs has published a list of disqualified directors time to time thereby strictly enforcing the provisions of The Companies Act, 2013.

Thus, the Ministry of Corporate affairs has cast the responsibility of compliance upon the directors making it vital for them to adhere to the provisions of law in letter and spirit.