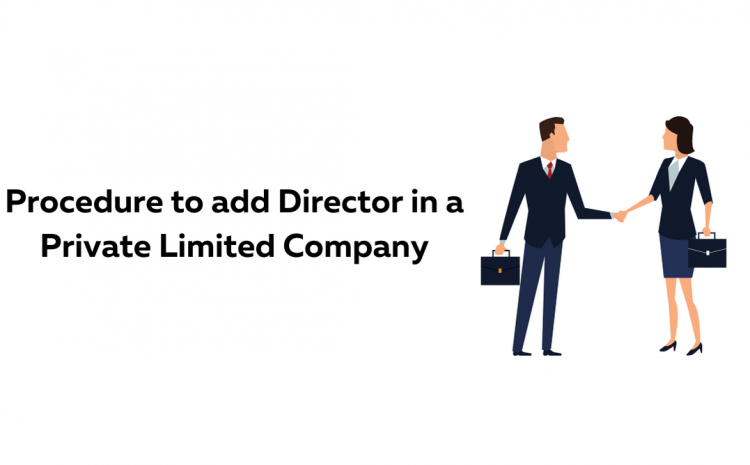 Procedure to add Director in a Private Limited Company

Form DIR-2 acts as a consensual declaration by the director who is to be added in the proposed company. It contains complete details of the director – Full name, Address, Father’s Name, DIN & PAN, Contact, Nationality, Number of companies in which the director is involved, and other essential information. It is an obligatory form which needs to be submitted by the director to the company.

Form DIR-8 (Intimation by the director)

If the proposed director has been a director of any other company before then he has to give an intimation to the company in the Form DIR-8. It contains basic details of the company and his qualifications & disqualification if any u/s 164 (2), of the Companies Act,2014.

Digital Signature of the nominated director

If the director-to-be does not have a digital signature, then he has to make sure he/she gets one from the right certifying authority. It will help the director to make future agreements.

The proposed director needs to have a DIN, It’s an eight digit unique identification number for every director in India with a lifetime validity. If the director-to-be does not have a DIN number then he/she can file for it with MCA through Form DIR 3.

The company has to hold an Extraordinary General Meeting (EGM) for the appointment of director. Before holding the meeting a notice should be put forth and inform the shareholders and members of the company about the meeting. The notice should be issued according to the ICSI standard with provisions of Companies Act,2013. The resolution for appointing the director has to be passed in the EGM.

Offer letter of appointment to the director

Once the resolution for appointing the director has been passed in the EGM, the director will get an appointment letter from the company with all the terms and conditions, along with the salary details.

After the director’s appointment, the company has to file Form DIR-12 within 30 days along with the appointment letter and Form DIR-2 to the Registrars of Companies (ROC).

Make necessary changes in the registers

The company has to make necessary changes in all the registers and intimate all the regulatories concluding the appointment of the new director.

Adding a new director is not at all complex if the procedure is followed with timely and composed understanding. Myefilings has been carrying out all sorts of compliances and statutory duties for its clients with precision and punctuation thereby creating a gratified patronage for themselves.